Having operated a store in New York’s Times Square from the 1930s through the ’70s, Walgreens was ready for a comeback. The national drugstore chain returned to the block in 2008, in modern, high-tech style.

Towering 341 feet above the street and wrapping around three sides of the building, Walgreens’ digital billboard includes a 25-foot-tall screen on the south side; a 341-foot-long diagonal wrap rising up the east side and down the west; and a north-facing screen mounted 8 feet above the sidewalk. 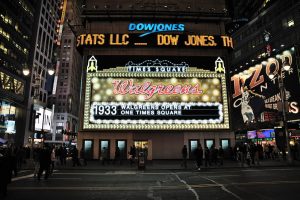 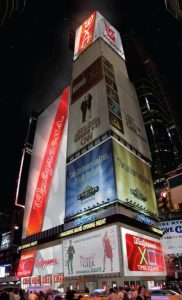