Many e-commerce retailers have begun bridging the gap between the realms of digital and physical: Bonobos, Frank & Oak and Rent the Runway, to name a few. So what sets the formerly online-only eyewear retailer Warby Parker (New York) apart?

“We think the future of retail exists in a truly blended approach, neither entirely online or offline, but rather, a mix of the two,” says Neil Blumenthal, co-founder and co-ceo of Warby Parker.

Warby Parker was founded in 2010 by Blumenthal, Andrew Hunt, Jeffrey Raider and Dave Gilboa, through the Venture Initiation Program at the Wharton School of the University of Pennsylvania. Deriving its namesake from Jack Kerouac writings, the online brand started making headlines around 2011 in publications like GQ magazine, and grew from 60 to 113 employees in one year. (That number is now more than 500.)

According to an article published in March 2012 on Gigaom.com, a big part of the brand’s success is due to its co-founders taking a year and a half to “figure out exactly what they wanted to be,” before launching the operation.

And it was worth the planning: In April 2015, the company was valued at $1.2 billion, according to The Wall Street Journal.

FASCINATION WITH PHYSICAL
A large part of Warby Parker’s retail approach has been its home try-on program, which Blumenthal describes as a “risk-free introduction to the brand.” It starts with a customer selecting up to five frames from their website, which are shipped directly to them. Warby Parker covers the shipping costs both ways, so it’s completely free. After five days, the customer is responsible for sending the frames back. They can opt to purchase, but if not, there are no strings attached.

Despite its strong online strategy, the brand decided to move into the bricks-and-mortar sphere. The company began experimenting with showrooms first, inside various boutiques across the country. “We wanted to reach customers physically, but weren’t yet sure where, when and how. Showrooms gave us the opportunity to experiment with physical retail spaces and the confidence to open standalone retail locations,” Blumenthal says.

After success with shops-in-shops, the brand launched “The Warby Parker Class Trip” – an authentic yellow school bus converted into a mobile showroom, with its interior designed to resemble a professor’s study, which has traveled to 16 U.S. cities.

KEEPIN’ IT REAL
So what is a Warby Parker in-store experience like?

“Advisors” guide customers through the process and are trained to know the details of each product, from materials to which frames complement which face shapes; they can also retrieve customers’ online purchase histories for style suggestions. Shoppers can try on frames in-store and buy them in person or online later.

Sunglasses and eyeglasses are merchandised in bays along the walls – “No locks or glasses encasements!” Blumenthal adds – while curated selections of books from independent publishers are also on display for sale  (an ode to the founders’ love of literature). Advisors complete a customers’ purchase using a proprietary point-of-sale system called POE, or “point of everything.” (Blumenthal says the acronym is a reference to Edgar Allan Poe.) Warby Parker can also administer eye exams, and appointments can be booked online.

Eighty-five percent of shoppers have already browsed online before visiting a location and may already have an idea of what they’re looking for, according to Blumenthal. “The big picture? We’re still exploring the ways in which e-commerce and brick-and-mortar retail interact, and we’re continually looking for ways to combine the two to make shopping as fun and easy as possible,” he says.

The retailer’s store designs take cues from the surrounding areas’ history to capture each city’s  authentic, locale-specific character. Its Abbot Kinney store in Venice Beach, Calif., for example, features an accordion glass storefront, with an interior inspired by the likes of Frank Gehry, and Ray and Charles Eames. Its custom façade is painted by local artist Geoff McFetridge.

In comparison, the brand’s New York store on the Upper East Side is in a historic location that previously housed the well-known Lascoff Pharmacy. Designers opted to retain many of the site’s original details, including its original terrazzo floor and interior moldings.

“The connecting thread between all our stores is that they are inspired, in some shape or form, by classic library touches,” says Dave Gilboa, co-founder and co-ceo, Warby Parker. “Wooden book displays, rolling library ladders, custom brass library lamps, cozy leather seating and hand-selected reads … are among the many ‘bookish’ elements.”

BEYOND MERCHANDISING
Warby Parker spearheads other initiatives, including its buy a pair, give a pair program. “We wanted to lead the way for socially conscious businesses by distributing a pair of glasses to someone in need for every pair sold,” says Blumenthal.

According to Blumenthal, 703 million people are currently without access to prescription eyewear, while corrected eyesight reportedly increases productivity by 35 percent, and is said to increase monthly income by 20 percent.

Partnering with VisionSpring (New York), a non-profit social enterprise, they’ve collectively trained upwards of 18,000 men and women in more than 35 countries to sell affordable eyewear to people living on less than $4 per day in developing countries. As of 2014, the company has distributed more than a million pairs of glasses to people in need, “with the help of our customers,” Blumenthal adds.

Warby Parker also strives to be carbon-neutral. Blumenthal says the company has been a certified B Corporation for four years, meaning the brand is “rigorously evaluated” on myriad considerations, including its environmental impact.

“We map all of our greenhouse gas emissions, from frame production to shipping to warehousing to office work, and purchase carbon offsets accordingly,” says Blumenthal.

COMING UP ROSES
“We just opened our 13th store in Kansas City, Mo., and plan to open about eight more locations through the end of the year,” says Gilboa.

Initially, Gilboa told Fashionista.com, in June 2015, that they expected to operate one to two stores, but this past summer, its SoHo, New York, location still occasionally had a line out the door during weekends.

While online sales make up a majority of their business, the same article on Fashionista.com reported that 30 to 50 percent of shoppers visiting stores were people unlikely to make a purchase online, while 90 percent of those had previously seen the website. Many customers who visit the stores will later make their purchases online. Essentially, its channels work together to drive the company’s business, and one doesn’t detract from the other.

From its blended distinction between its online and physical presences to the way it conducts business and connects with customers, understanding why the company has so quickly gained success is a no-brainer.

Recently, the brand was even named the most inventive company for 2015 by Fast Company. “We’re so excited for what’s to come,” says Gilboa 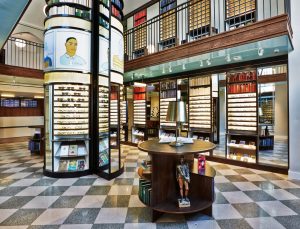 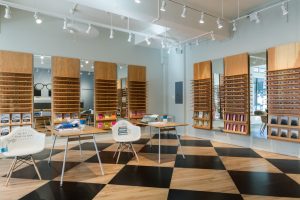 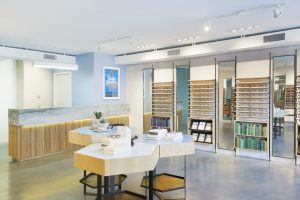 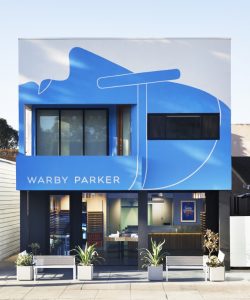 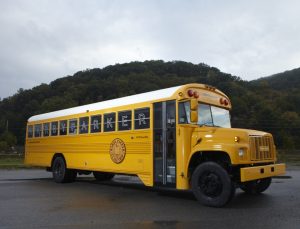 Design in the Heart of Texas

Check Out the Brand-New VMSD.com!