Eight years ago, Research and Advisory Firm Gartner Inc. (Stamford, Conn.) predicted that, “By 2020, customers will manage 85 percent of their relationship with [retail and e-commerce] without interacting with a human.”

That’s next year! And retail seems to be taking this prediction seriously. The industry has become the largest acquirer of artificial intelligence (AI) systems, experts and providers.

In 2017, Walmart Inc. (Bentonville, Ark.) created an in-house arm called Store No. 8 to help the company develop and roll out more innovative experiences. It’s part of Walmart Labs (San Bruno, Calif.), which has been aggressively adding resources and developing “customer-facing technology, both in-store and online,” according to a company statement.

Earlier this year, the retailer acquired Aspectiva (Tel Aviv, Israel), a start-up developer of AI-based technology that analyzes combinations of customers’ product reviews and shoppers’ browsing behaviors to make specific product and shopping suggestions, some of the elements of the growing science of “retail personalization.”

The culmination has been the recent opening of what Walmart is calling its “Intelligent Retail Lab” in Levittown, N.Y., which finally puts a face to all of its AI experimenting. It’s a complete transformation of a 50,000-square-foot Walmart Neighborhood Market concept filled with network servers, cameras, sensors and real-time analytics software, all with the purpose of monitoring inventory and making sure that items are always available for in-store and online customers. The technology automatically detects which shelves in the store need to be replenished or replaced with new items, and then notifies the staff.

One of the benefits, according to various Walmart statements, is to speed up the work of the employees in the store, “giving them more time to engage with customers.”

So, at the heart of all this AI is the customer’s in-store experience. It’s an important, and too-often missing, element from retail today, says Michael Koch, VP, International Development, LOC Associates, a San Jose, Calif.-based retail services provider. In fact, he says, it’s critical.

“As retailers closed stores in favor of online shopping, it became apparent what was missing for the shopper,” says Koch, who has helped develop successful retail experiences for The Ritz-Carlton Hotel Corp. (Chevy Chase, Md.), Apple Inc. (Cupertino, Calif.) and Samsung Group (Seoul, South Korea). “People got frustrated by what they could not do on Internet purchases. ‘It looks nice on the laptop screen, and all the information and reviews must be right, so I’ll buy it.’ Then it arrives, and they hate it. They can only fall in love with the product through personal experience and interaction at the store. The better we can make it for them, the better for retail.”

WHO'S IN CHARGE HERE?

A white paper released in May by the Luxury Institute (New York), titled “The Most Critical Job in Today’s Luxury Goods and Services Industry Doesn’t Exist,” couldn’t agree more. While it predicts that “the Chief Customer Officer will soon replace the Chief Operating Officer and the Chief Financial Officer as the most critical functional leader in the organization,” it’s not yet happening.

“The corporate dialogue is all about creating a customer-centric culture, and delivering an extraordinary customer experience,” say the authors of the report. “For most luxury brands, that is a cruel mirage. A forensic scan of the data shows that in most companies the Chief Customer Officer role doesn’t even exist. Where it does exist, the CCO role is treated as an add-on, or a hobby, at best. The position is a toothless staff job … [No one has] the authority or resources to execute the most critical business imperative of the 21st century.”

In other words, if the Gartner prediction is true, and next year customers will manage 85 percent of their retail relationship without interacting with a human, then the remaining 15 percent had better be memorable.

Despite the data-gathering and analytics capabilities that AI offers, in this respect retail hasn’t changed in 150 years:  There’s still a shopper in the middle of it all, making decisions, establishing loyalties and lining up at the cash wrap or clicking on the “purchase” icon to spend his or her hard-earned cash. Artificial intelligence may make things easier for the retailer, but not until it makes things easier and more appealing for the consumer will it truly live up to the “intelligence” promise of its name. 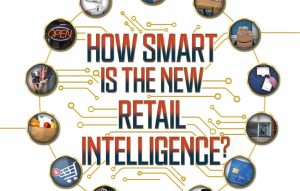 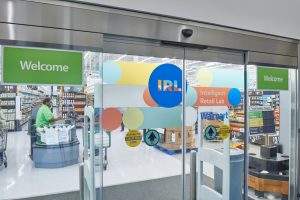 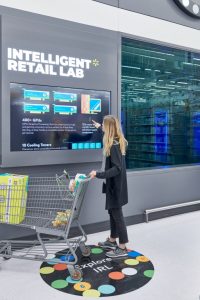 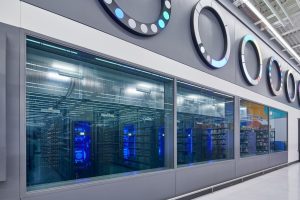