Howard Elkus, principal and co-founder of Elkus/Manfredi Architects Ltd. (Boston), was destined for a lifetime in architecture.

Elkus is the grandchild of Felix Kahn, one of the Master Builders of the West, and grandnephew of American industrial architect Albert Kahn.

“My doodles as a child were of cars, buildings and fantasy lands,” says Elkus. “With some diversions along the way, I ended up living my dreams.”

That dream first took the San Francisco native to Stanford University, where he earned a bachelor's degree in mechanical engineering, and then to the Harvard Graduate School of Design for a master's of architecture with distinction. Settling on the East Coast, Elkus became a principal at The Architects Collaborative in Cambridge, Mass., before co-founding Elkus/Manfredi in 1988 with David Manfredi.

Over the last 16 years, he has led design teams on a variety of projects, including Peninsula Chicago on North Michigan Avenue, CityPlace in West Palm Beach and, most recently, the retail component of the Time Warner Center at New York's Columbus Circle. (For more on this project, see “Columbus Day” on page 40.)

With such a distinguished career, it seems odd Elkus would consider doing anything else. However, he says, a client recently asked him to do a sculpture for a Boston office tower. “I have to admit, though it's not that removed from architecture, it could be easy to get hooked on sculpture,” he says.

What was your first retail design project?

Name one lesson from that first project that you still remember today.

The overriding prerequisite for success is the quality of the pedestrian experience, beginning with the handling of the retail spaces by which the project will be known and judged.

In your opinion, why will New Yorkers adapt to vertical retailing, as seen in the Time Warner Center?

The Time Warner Center is totally integrated with the fabric of the city. The pedestrian traffic at grade extends upward to deliver shoppers to a first-rate group of retailers, the finest collection of restaurants ever assembled and Jazz @ Lincoln Center. Access from the office towers, the Mandarin Hotel and the tower condominiums makes the multistory retail the crossroads of this vertical world. The shopping environment and the public spaces are like none other, befitting this prime New York location.

What one project has impressed you most in the last 6 months? Why?

Shanghai's Nanjing Road. I have never seen such energy in a shopping environment, with continuous multistory retailing, block after block. It speaks of a nation rising.

Where do you find inspiration?

The world out there. Like music, I get it from the simplest notes to a resounding orchestra. Nature does it for me and so, too, does man's wondrous works, perhaps most of all the heroism of less-fortunate souls.

It's October &endash; do you recall your best costume?

For a celebration of Walter Gropius' birthday, “a la Bauhaus” (still observed in Cambridge by the alumni of The Architects Collaborative), my wife and I came as the two glass stair towers of Gropius' famous German Fagus Works.

Finish the sentence: If only I knew when I was younger what I know now…..

When I was 25, my father asked me to write down my life's plan. When he was 92, I asked if he had kept the paper, as it all came to pass just as I had written. He hadn't, to my disappointment. But then I realized: It wasn't WHAT I wrote that mattered. 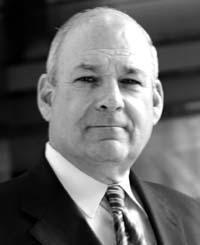