A big part of the lore of hunting and fishing is the time shared with companions, sitting in the duck blind or on the boat, and then back in the lodge at the end of the day.

That’s the spirit Dick’s Sporting Goods (Coraopolis, Pa.) has tried to capture with its new concept called “Field & Stream.” The first two such ventures opened last year, in Cranberry Twp., Pa., and Crescent Springs, Ky. And while Jack Barnes, general merchandise manager for Field & Stream, will admit that the creation of the store environment was fun, he also points to the enormous challenge.

“We wanted to create a space for the hunting-fishing-camping enthusiast that was authentic,” says Barnes. “And that meant we had to get it exactly right. These people can spot the phony immediately.”

The authenticity starts with the name on the building, the title of the magazine for outdoors enthusiasts that has been around since 1895. Dick’s owns the rights to the name, for retail purposes, and has been a partner in the development of merchandise with the Field & Stream label.

“The Field & Stream name announces that this is the authority,” says Paul Lechleiter, chief creative officer at FRCH Design Worldwide (Cincinnati). “It says these guys really know their business and you can trust that.”

The four legs of the stool sought by Dick’s and FRCH were brand, assortment, environment and service. Field & Stream provided the brand. And Barnes, an outdoors enthusiast himself, managed the assortment, making sure the very best equipment reflected all the best brands and state-of-the-art advances in technology and use of materials.

The environment was carefully crafted to provide a genuine, immersive experience without seeming tricked out. The open space, filled with raw materials – stone and wood surfaces – is easy to navigate. Two 11-ft.-high walls run the length of the store, dividing it into identifiable merchandise areas. Open sightlines lead shoppers to sections with un-gimmicky names like Camping, Paddling, Tackle Shop, Archery, etc.

That’s not to say the environment is bland. Far from it. A highlight of the visual approach is what Lechleiter says is an extensive collection  of taxidermy, from mounts on the wall to forest vignettes throughout the floor. The collection, assembled by Wildlife Recapture, a taxidermy service in Libby, Mont., includes one of the largest recorded moose specimens captured to date.

One installation includes huge displays of wolves and deer in a real-life chase scene through a wooded forest with painstaking detail given to capture the reality of nature. “Every mount and every wildlife scene is composed to tell a story,” Lechleiter says.

Framed Field & Stream magazine covers line the walls, plus a lot of the magazine’s natural wildlife artwork. “We’re not owned by the same company but we partner with them,” says Shian-Li McGuire, Field & Stream’s director of brand marketing. “We’re interested in having the brand grow. We hope the magazine sees value in the store and what it can accomplish in driving the brand name.”

Outdoorsy graphics and taxidermy notwithstanding, Barnes feels that the success of the concept will ultimately rest on the knowledge and credibility of the store associates. “This customer is particularly passionate,” he says, “so we wanted to create a store where they’d say, ‘These folks get me!’ ”

And that meant giving them equally passionate employees who are there to help, inform or just trade hunting and fishing stories. As Lechleiter says, “These guys are real hunting experts; they live the life.”

The store can also be reconfigured for the occasional lecture, class or presentation.

Dick’s two kick-off sites were not accidental. Both are avid hunting and fishing areas. “It’s easy enough to find out where the most hunting and fishing licenses are sold,” says Barnes. And that will drive what Lechleiter calls a “massive roll-out.”

At 50,000 square feet, slightly smaller than the typical Dick’s Sporting Goods store, these stores can be more targeted to their locations, to differentiate themselves from the competitors’ huge regional flagships, says Lechleiter.

The company purposely kept the Dick’s name off the building. “It’s not often that you have access to such an iconic name,” says Barnes. “Someone doesn’t have to guess what’s for sale there. We think these customers want to walk into a place that relates to them and only to them.”

Besides, he says, this is a particularly good time for all retailers in all sectors to develop niche concepts. “Today, anyone can find anything and everything online,” says McGuire, “so when someone goes into a store he wants a customized personal experience, an elevated level of merchandise and service that taps into the emotional connectivity of a cultural enthusiast – the romance and passion for the lifestyle.”

Or, as Lechleiter says about the store, “if you’re an outdoor enthusiast, you walk in and feel you’ve been dropped into heaven.” 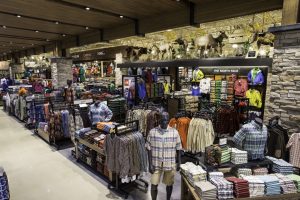 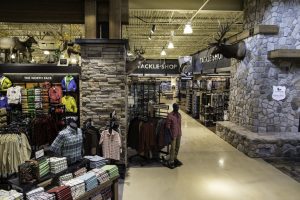 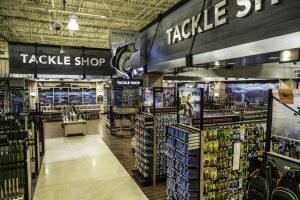 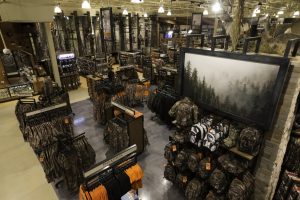 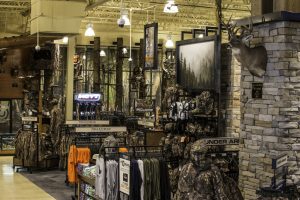 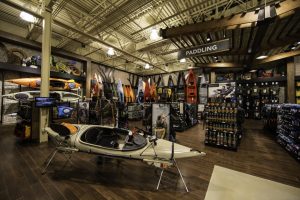 Tesco to Update All of its Stores