Expanding its brick-and-mortar reach to Los Angeles, Shinola (Detroit) worked with design firms Gachot (New York) and Little (Los Angeles) to transform a defunct, 1954-built warehouse into its LA Arts District flagship. Known for its experiential take on physical environments, it was most important to Shinola that the space integrate two additional merchants: tattoo shop Saved and café di Alba.

The arts community was a major influence on the choice of location, says DaMarlon Carter, studio leader, Little. “There’s a whole maker culture that’s really driving the area … Those are the type of spaces that Shinola strives for, and they really go out and spend a lot of time looking for those authentic locations that speak to their brand,” he says. The store also acts as a community space that can be used to host events.

A priority of the conversion was to maintain the building’s historic architectural elements, including its masonry walls and barrel-vaulted ceilings, something VMSD judges commended: “The ceiling is fantastic,” said Eric Daniel, creative director, Fitch (Columbus, Ohio). Judge Wiesman added, “I like the fact that they maintained the integrity of the space, which is also representative of their brand.”

To enter VMSD’s 2018 Retail Renovation Competition, stay tuned for the announcement of the call for entries, early next year. 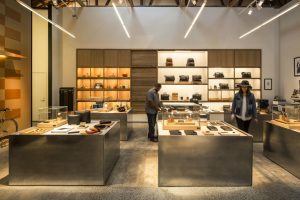 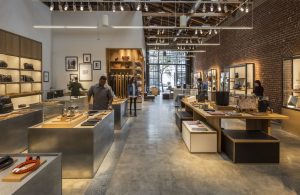 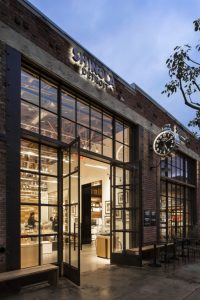 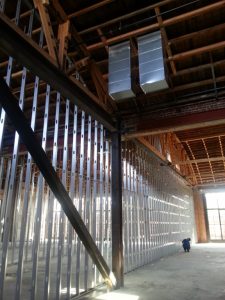