Scottsdale, Ariz.’s state-licensed medical cannabis dispensary, Level Up, sought to provide its patients with an upscale marijuana retail experience that stood apart from its competitors. To create an intimate yet energetic environment capable of accommodating a high volume of customers, the retailer tapped The High Road Design Studio (Tempe, Ariz.) to conceptualize the interior.

Taking over a former office space, the 3500-square foot store was divided into several zones, including a retail space, a waiting area, a discreet lobby and plenty of back-of-house space for the merchant’s business operations. A traditional residential aesthetic was specified to appeal to the area’s affluent clientele.

Five product cases accommodate two “budtenders” each, who can individually serve customers at once. “Each budtender can display and consult and show, all from the same spot, without having to move or waste any time or be inefficient in any way,” says Megan Stone, owner, interior designer, The High Road Design Studio.

The store’s lighting was another important detail to consider, says Stone. Utilizing ambient natural lighting was important, but its ultraviolet rays had the potential to damage the cannabis flowers. Ultimately, waiting and common areas were placed around the perimeter windows to provide a barrier, and product zones were illuminated with artificial light.

“Dispensaries are changing as the category matures. They have some of the same challenges and complexities as the eyewear category, which I’m very familiar with,” said VMSD judge Zengel. “They’ve done a lot to reinvent an experience,” added Bosserman.

To enter VMSD’s 2018 Retail Renovation Competition, stay tuned for the announcement of the call for entries, early next year. 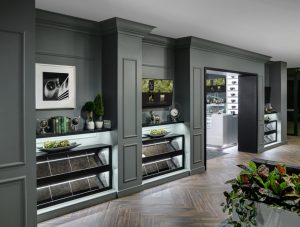 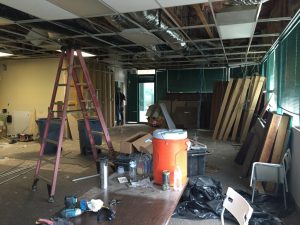 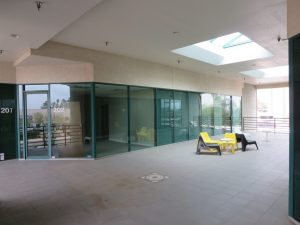