Tasked with creating a modern, sophisticated retail space from a defunct bank – originally the Buenos Aires, Argentina, landmark Gath & Chaves (circa 1914 to 1974) – the design team at Botner-Pecina Arquitectos turned to the site’s breathtaking entrance architecture for inspiration when designing its interior.

A legendary department store flagship might, in theory, seem like a straightforward space to revamp, but converting the location for fast-fashion retailer Cuesta Blanca was an exhaustive overhaul. The primary task was to blend the site’s opulent exterior with its less-than-impressive interior; there were few existing original internal elements that would lend to the designers’ vision, since it had been converted several times over the years. Appropriate to the location’s memorable architecture and upscale-retail heritage, authentic materials were sourced to elevate the interior aesthetic, including stucco, brass, natural wood and gold veneer foil.

An unavoidable challenge was the store’s enormous floorplan, which was reduced and modified significantly – from a 20,000-square-foot rectangle to an 11,000-square-foot “L” shape. “We didn’t need that much area for the sales floor,” says Daniel Botner, architect, Botner-Pecina Arquitectos. “To put the layout into an ‘L’ lets the customer walk through and discover the area … the store is always surprising you.”

A rich color palette of black, highlighted with gold-toned, recessed lighting, makes the sizable store warm and inviting. Existing columns were used to break up the space, while paying homage to – and reintroducing – a sense of luxury that once existed in the historic location.

“I love the incredible fusion of the classical and luxe, [while maintaining] modernity,” remarked Ryan Brazelton, senior director, creative, Interbrand Design Forum (Dayton, Ohio), upon reviewing the project during VMSD’s competition judging. “It’s just really hard to do it that well.” 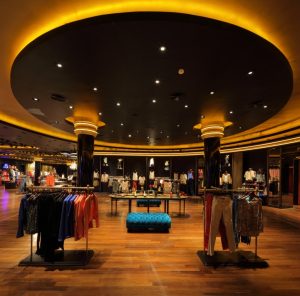 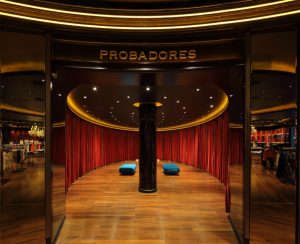 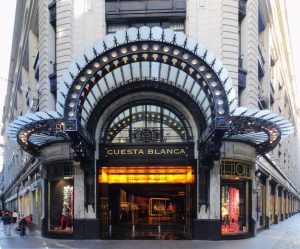 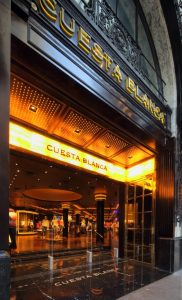 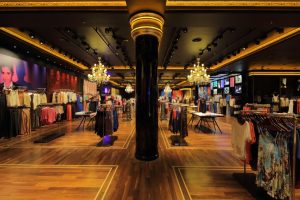 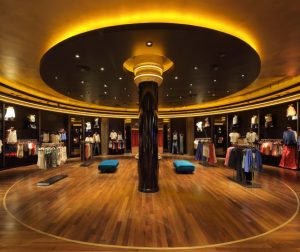 The Kids Are Alright

11 Funny Memes That Only Visual Merchandisers Will Understand

Amazon “Under Siege” as New Boss Takes Over for Jeff Bezos