Historically rivaled only by laundromats for drabness and depressing atmosphere, family clinics have been places that patients endured out of necessity rather than choice. But the Staten Island Family Health Center (operated by Staten Island University Hospital) is trying to change that. Located in a neighborhood mall, the storefront clinic features a palette of soothing colors and contours for adult visitors, while offering children diversions a bit beyond the standard fish tank. The MediWall is a changeable panelized mural that acts as a child magnet, while children's exam rooms feature environmental and animal themes. The clinic has been well received, so much so that the hospital plans to use the same design techniques in other facilities. 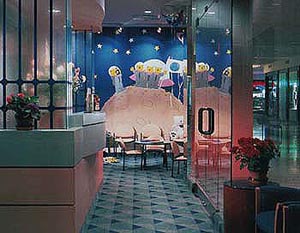