The sophisticated, precisely tailored clothing made by Tomorrowland (Tokyo) has been an obsession of its Japanese devotees since 1978. A label that distills Western classics into timeless, clean-lined fashions appealing to Eastern tastes, Tomorrowland applies the same aesthetic in its first U.S. flagship in New York’s SoHo neighborhood. Covering 3500 square feet of ground-level retail space – within a mixed-use development converted from a ’20s landmark – the store introduces its philosophy of elegance and originality to Manhattan’s urbane clientele.

“Our goal has always been to create clothes for the international market, and as we already have many overseas partners, expanding to the U.S. felt very natural,” says Tomorrowland Founder Hiroyuki Sasaki. “With strong identities and international views, Americans are not afraid of change and evolution. We are proud to introduce them to our distinctly Japanese quality and craftsmanship.”

This goes for the store’s interiors, too, which were designed in house by Tomorrowland. Aiming to preserve the building’s heritage features and capture the neighborhood’s personality, while also following the Japanese custom of honoring one’s roots, the design team struck a harmonious balance between the two cultures.

Coffered ceilings mimic the floorplan to define three shopping experiences. In the first, glass shelves display home accessories; the second holds men’s and women’s apparel; and the third showcases men’s suits. Used for occasional pop-up events and special occasions, the back section of the store features a listed skylight and, instilling a sense of lighthearted fun, a colorful painting by New York artist Julie Heffernan, from Sasaki’s private collection. 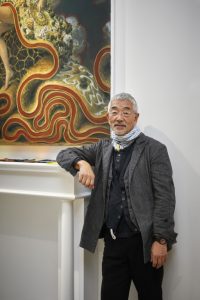 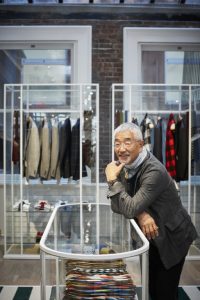 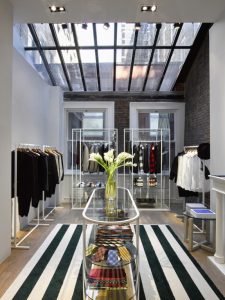 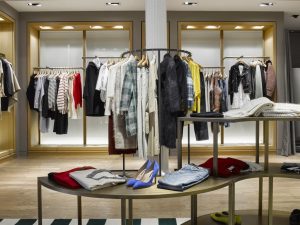 Forever 21 CEO Steps Down After Less than Two Years