The U.K. has been awash with Union Jack flags this year in the run-up to celebrations for the Queen’s Diamond Jubilee: 60 Years on the Throne. A weekend of events led up to the grand celebration on June 5. Retailers throughout the country created in-store and window displays to mark the occasion.

Several upscale merchants concentrated on using their windows to tell elaborate stories. Among the highlights were department stores Harrods and Selfridges. Harrods used the entire front of its building, the longest in the London capital, to showcase an array of crowns and coronets, each designed by a different brand or designer. Selfridges, in contrast, chose to use each of the windows at its Oxford Street flagship to illustrate facets of British life over the past 60 years, ranging from punks to tea-drinking construction workers.

One of the most show-stopping displays was at department store Harvey Nichols, which turned the windows at its London store into individual mom-and-pop storefronts.

As the nation took a four-day weekend, retailers were expecting payback for their efforts in the form of ringing cash registers. Hail to the Queen! 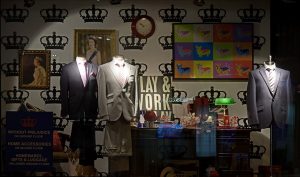 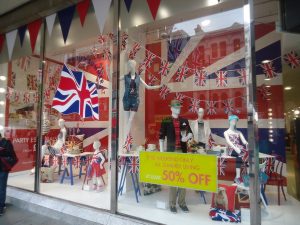 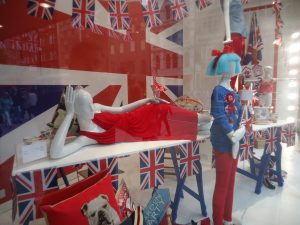 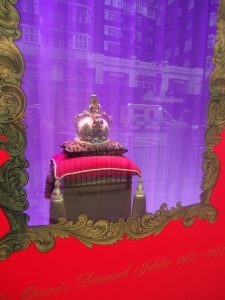 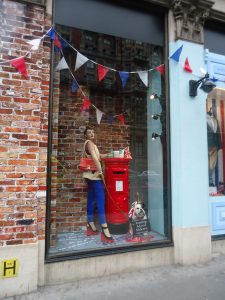 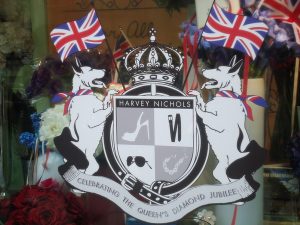 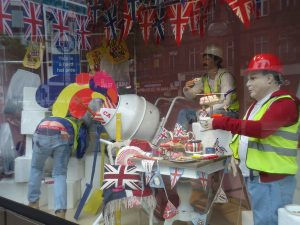 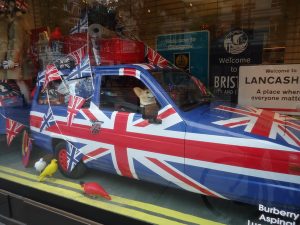