This is the third of a three-part trend report on Asian restaurant design. Additional reports cover Shanghai's Yong Yi Ting and Man Tong Kitchen in Melbourne.

P.F. Chang’s (Scottsdale, Ariz.) may be a chain, but its restaurateurs prefer the term “collection.” Unlike your garden variety franchise, the affordably priced restaurants create a new look for each new build. No two are alike.

Canada has a higher demand for wine than other P.F. Chang's restaurants expect, so Aria Group Architects (Oak Park, Ill.), whose team has been creating concept after concept for P.F. Chang’s since the late-90s, included freestanding display cabinets to integrate wine offerings into the store format.

“We’ve started taking a bit more design risk in international markets, creating something different than P.F. Chang’s was used to, and we’re integrating those ideas back into U.S. stores,” says senior architectural designer Shannon Sterne. Aria’s team settled on a timeless design that includes rustic wood plank tile for the bar area, rich walnut and brass with a brushed-satin finish that creates a modern vibe.

But using that brass was no easy task. Because the oversized brass ring light fixtures are hung by cables, one overlapping the next, lighting designers created a 10-by-10-foot blueprint, requiring construction crews to drop down cables at exact measurements through sheet rock to create attachment points even before ventilation was installed.

Still, the resulting effect is a cosmopolitan take on a restaurant that incorporates everything from LEDs to keep up with increasingly strict Canadian Electrical Code requirements to an outdoor patio with an integrated overhang that celebrates the excitement of being outside when possible in northern climes. 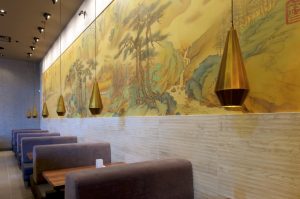 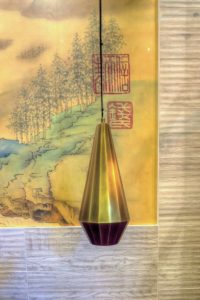 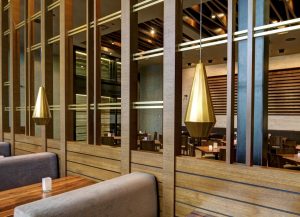 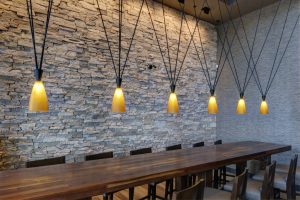 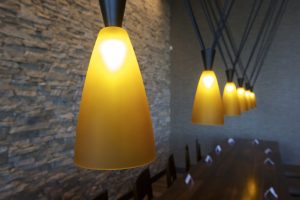 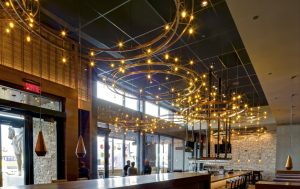 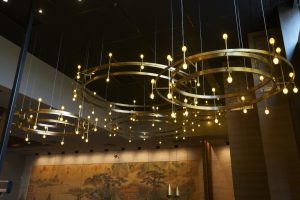 Whose iPhone Cover are You Wearing?