It’s been almost a month now since the “Zara Online Concept Store” opened in London’s Westfield Stratford mall. There’s nothing too remarkable about a new Zara store, perhaps, but what makes this one interesting is that nothing on display can actually be bought in the store.

Instead, the medium-sized unit is a holding store while the Inditex brand’s flagship in this location is given a makeover. The “Concept Store,” meanwhile, is a click-and-collect outpost for those who have ordered merchandise online and happen to be in Westfield Stratford, where they can pick up their purchases. It’s also set up to be a return and exchange store, so if something has been bought previously and it turns out to be unsuitable, then this is the place to go.

The real point about the store, however, is that it has a considerable number of mid-shop display rails on which this season’s collection is on show. These items are show-and-tell in person, but please-buy-online. As such, the store turns out to be that most modern of retail phenomena, a physical shop that is an online showroom.

All well and good, and it would work well if shoppers understood that they can’t actually select and purchase the garments on display, but in practice, there is a communication gap that means this doesn’t always happen. Instead, Zara customers may be a mite disappointed when they head to the tills only to find that what they have chosen cannot be taken out of the store, and if they want the same thing, they’d best buy it online.

A work in progress, therefore, and one that needs a little fine-tuning to be an alternative to a typical Zara store, but a real step in a different direction. This looks very much like what some are saying could be the future for terrestrial stores. (Oh yes, and it does look a little “Apple-esque” at the same time.) 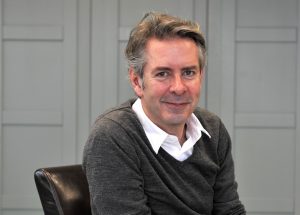 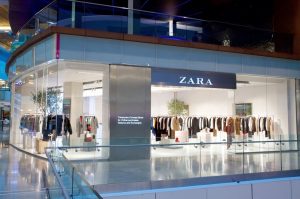